The goal of this Award is to honor an Association member for outstanding and lasting contributions to the profession that will endure for a long period of time.

The following criteria shall be considered in determining the winner: 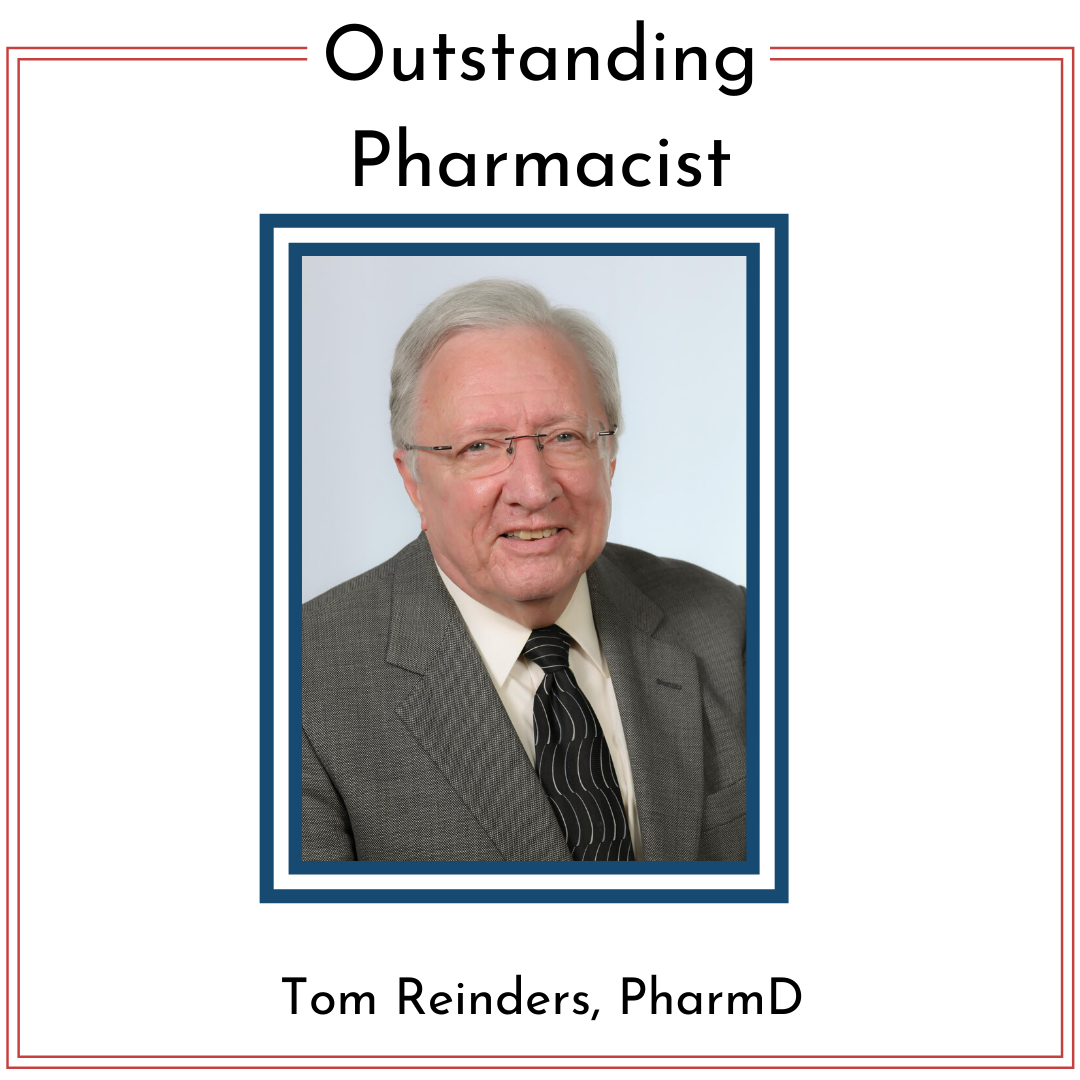 Tom Reinders is a retired emeritus professor at the Virginia Commonwealth University School of Pharmacy. In addition to his faculty responsibilities from 1974 to 2017, he held a variety of administrative positions including Associate Dean and Director of Pharmacy Services at the Medical College of Virginia’s Hospitals. He received a Bachelor of Science in Pharmacy and Doctor of Pharmacy degrees from the University of Cincinnati. Also, he completed pharmacy residency programs at the Children’s Hospital and U.S. Veteran’s Administration Hospital in Cincinnati.

During his tenure as director of pharmacy at the Medical College of Virginia Hospitals, six specialized pharmacy residency programs were established, and 108 pharmacists completed an accredited residency program under his direction.  Tom’s practice experience includes creating one of the first pharmacist managed anticoagulation clinics in the nation in 1975 at Richmond’s McGuire Veteran’s Administration Hospital.

As a teacher and mentor, he has provided career counseling to pharmacy students and residents for more than three decades. This experience led him to author a text entitled “The Pharmacy Professional’s Guide to Resumes, CV’s and Interviewing,” which is published by the American Pharmacists Association and is in its fourth edition.

Tom has served as President of the Richmond Pharmacists Association and the Virginia Society of Hospital Pharmacists. He has thirty-five years of volunteer service with the United States Pharmacopeia (USP) where he has served on several expert committees and chaired the Expert Committee on Nomenclature, Safety and Labeling. He has served as a member of the FDA Cardiovascular and Renal Drugs Advisory Committee. He currently serves as USP’s representative on the United States Adopted Names Council.

Tom is the recipient of numerous awards including the Bowl of Hygeia Award for Outstanding Community Service, the VCU Distinguished Faculty Award for Teaching, the ASHP Award for Achievement in the Practice of Hospital Pharmacy on two occasions, the University of Cincinnati College of Pharmacy Distinguished Alumnus Award, the APhA Distinguished Achievement Award in Administrative Practice and APhA’s Gloria Francke Leadership Mentor Award. He has been honored as Pharmacist of the Year by the Virginia Pharmacists Association and Virginia Society of Health-System Pharmacists and he is a fellow of the APhA Academy of Pharmacy Practice.

Cast your ballot below: